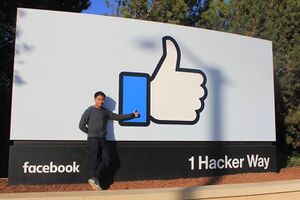 Pakorn Thongjeen is a 2019 University Innovation Fellow from National Institute of Development Administration (NIDA), Thailand. He is currently a PhD student in Business Administration at NIDA Business School with specialization in Management Information System (MIS). He did his Bachelor’s degree from the Royal Police Cadet Academy, Thailand,in Public Administration and his Master’s degree in Cybersecurity Strategy and Information Management from the George Washington University, USA. After graduation from the police academy, I had worked as an inquiry officer for 3 years at Lumpini police station, which is one of the largest police station in Thailand. As an inquiry officer, in addition to having investigated a number of  criminal and traffic accident cases in Lumpini precinct and taken alleged offenders through the criminal justice process, I had received several chances from my superiors to be part of the investigation teams to collect evidence and investigate several national-level criminal cases as a result of chronic political conflicts in Thailand as well as the Erawan shrine bombing incident in 2015, which is the deadliest and worse-ever attack on Thai soil.