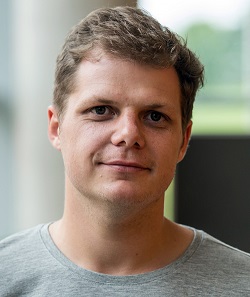 Patrick Schmid is a Sounddesigner and Developer from Salzburg, Austria. He worked as a tutor at his university and developed a VR audio game as final project of his bachelors degree. He passed his A-levels in a commercial academy and had various jobs in the banking and insurance industry before he decided to study arts with major on audio. During his studies, Patrick worked for a variety of students project including on-location sound, music composing and audio post production.

Patrick graduated in 2021 and has his own SEO agency in Austria.