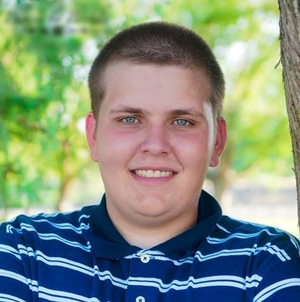 Ethan Moss is a University Innovation Fellow and an undergraduate studying Computer Science at George Fox University (GFU). He is originally from Richland, WA, where he lived and studied until he began attending GFU in 2014. He has been participating in UIF since 2016.

Along with his studies in Computer Science at George Fox, Ethan is also a student in the William Penn Honors Program, a Great Books Program. He has also been employed by GFU's Data Analytics department, working on a variety of projects, from data science to software development.

Outside of his studies, Ethan has found great interest in things such as computing, software development, video games, and reading. He also has a passion for using his skills to assist others, which has seen him participate in GFU's Urban Outreach program. His main goal in life is to improve the lives of those around him.