Bryan Neufeld is a Computer Engineering major at George Fox University. He has studied many subjects including digital logic, circuit analysis, and microprocessor programming. He has experience in a number of programming languages such as: Java, Arduino, Verilog, C, C++, Assembly, Python, Groovy and Matlab. Bryan discovered through his studies he has a passion for low-level programing and robotic systems. 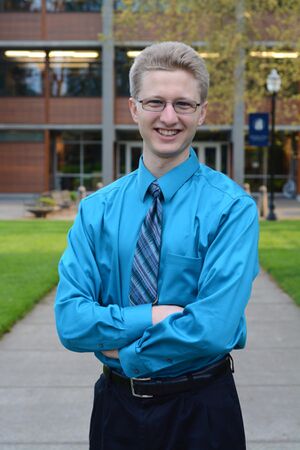 Bryan has many ideas for future products that he feels have the potential to be highly marketable. Because of this, he is very interested in encouraging a mindset of innovation and entrepreneurship at George Fox University. He wants to provide future students with the opportunity to share their creativity with the world.