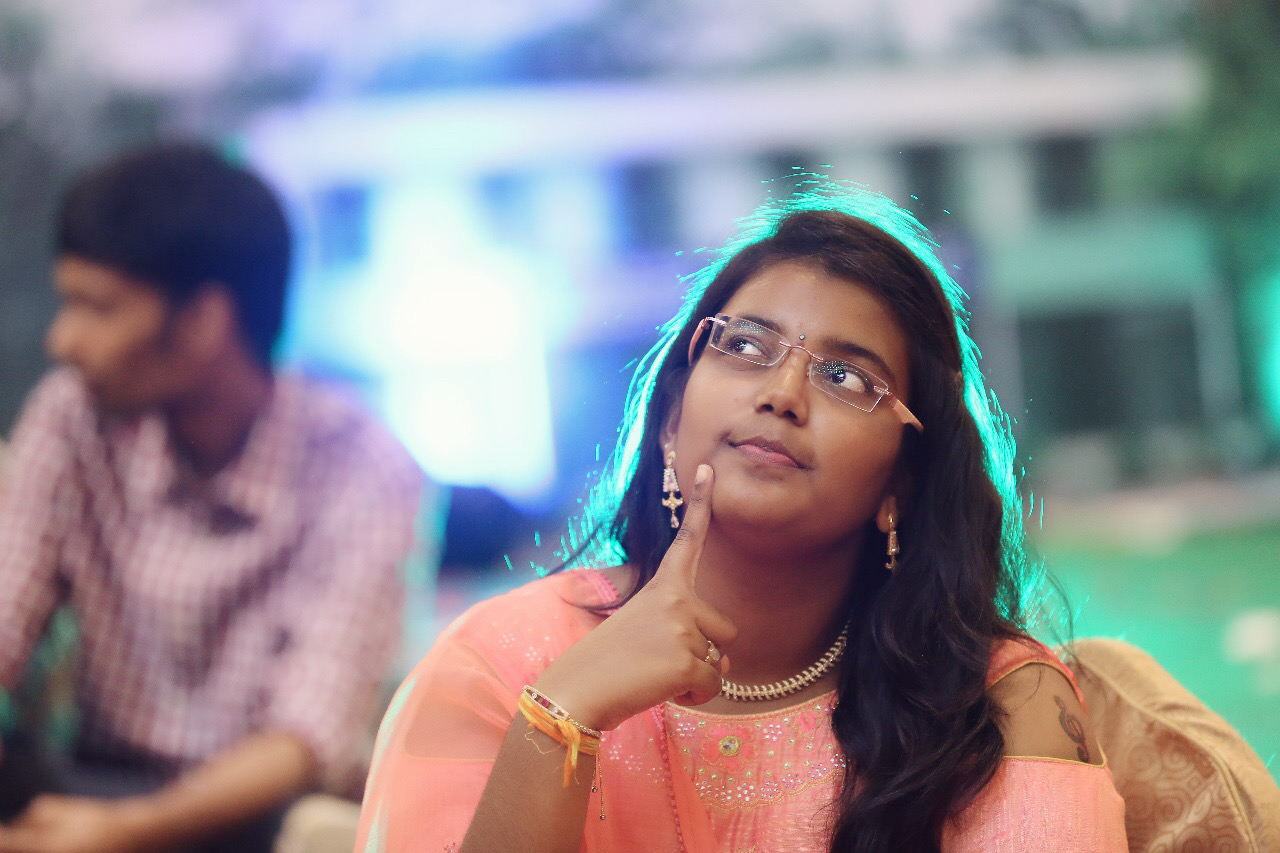 What does she do: Student

This beautiful soul Dhaneesha Oruganti is a candidate of University Innovataion pursuing her 3rd B.tech in Electronics and Communication stream. She is an ardent butterfly which flies everywhere. She loves to be called an all-rounder. She has a very melodious voice and so she is very much passionate about Singing. She loves to express the utmost of her and so she keeps her soul out while dancing. She is a proud Indian citizen who respects her nation and want to do service to her country and so she is a NCC (National Cadet Corps) cadet. She loves spending time with kids and also playing with them and so she is a Ed-Support Volunteer in MAD (Make a Difference) - a non-profitable organization which serves for the welfare of children in shelter homes. She doesnot neglect her studies being part of any other activities. This made her stand first in her class.

A workaholic who does any type of work with great determination and commitment. She has done as a Public Relations Manager in INIAC - a Sweden startup company which works for the Empowerment of  Creative Mindsets into Venture Development. She is a part of Technology Entreprenuership Program under ISB (Indian School of Business) in which she is a very good team player. She is also selected as a Swiggy Campus CEO among the 10000 applicants all over India and a only girl in the top 10 selected students. She has aslo done as a Student Ambassador for Internshala. She is a active participant of IEDC (Innovation and Entreprenuership Development Cell) in whoich she conducts hackathons and also head of Fun Club. She is a very good speaker and influencer. She is also the class representative of her class.

She considers herself as a tik tok star but actually not. She feels herself as a master in dealing things and organising them. She is good at public speaking skills and orating with good message. A supportive hand who will be there to pat the backs of girls. She always wanted to do something for the welfare of women. When asked about what is she fond of she never hestitates to saying that she is a very big foodie, chocoholic, shopoholic and wander luster and many more...But if asked to specify one, she says it as Sleep.

She loves spending time with her Mom and her friends because her mom is best friend and next followed by the two monkeys Sheena and Janavi which forms an Amazing Trio. She does anything for her. Rather calling them her best friends, it would be better if they are called her Family. She values relations very much. She is a family person. She doesnot like when someone prioritize her or categorize her skills based on the physical appearance. She is person who doesnot tolerate discrimination or biased feelings.