Robert Hosking is a

is an University Innovation Fellow at Berea College, working to expand the Innovation and Entrepreneurship ecosystem on 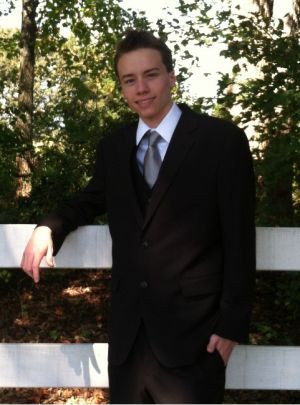 Robert wants to create a space on his campus where he and others can collaborate, discover and experiment with projects and prototyping ideas.

Robert is a sophomore at Berea College in Berea, Kentucky. He is a Computer Science and Technology and Applied Design double major.

Robert was born and raised in a small town in the Foothills of North Carolina. He saw college as an opportunity to escape the small town life and branch out to others and gain the communication, teamwork and social interaction he has always craved. During his first term at Berea he applied and was accepted to two prestigious programs: UIF and “Entrepreneurship for the Public Good” (an on campus program)

Robert has always been the creative type. In the 5th grade he was learning the difference between a fragment and a sentence in school. At home, however, he was assembling a robot contraption out of servo motors, lights, and switches he purchased from Radio Shack into a small bug-like robot that raced around the floor. His fascination with technology has only increased as he fought to maintain his creativity over the years. He brought his passion to college and has gravitated toward resources that can facilitate his fascination. He joined the Technology Club with the hopes of organizing a Makerspace on campus (and using the college’s 3D printers and other tools).