From University Innovation Fellows
Jump to navigation Jump to search
Katherine Ramsay grew up in Rolla, MO.  Starting at an early age, Ms. Ramsay would spend hours in the experimental foundry on campus, even making 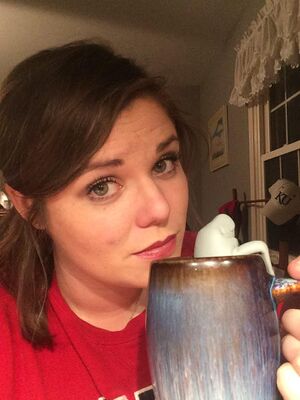 Katherine Ramsay.jpeg
her first aluminum casting before starting elementary school.  Her father, Dr. Ramsay, was a professor in metallurgical engineering until he left the campus to pursue his own consulting company, specializing in metallographic failure analysis.  The company mainly operated from the Ramsay home, giving Ms. Ramsay ample opportunity to learn metallurgy.  By high school graduation, Ms. Ramsay had already assisted in multiple consulting jobs and had been hired by Missouri S&T's metallurgical engineering department to work the summer before her freshman year as an undergraduate research assistant for a Ph. D candidate.  By the end of the summer, Ms. Ramsay had been assigned to assist three different graduate students, develop her own small research project, and also perform failure analysis on malfunctioning research equipment.
During freshman year, Ms. Ramsay spent the majority of accumilated free time performing community service.  That summer, she worked as a metallurgical intern for a testing laboratory in Saint Louis.  Over the next three semesters, Ms. Ramsay developed an anxiety disorder, and ultimately decided to research additional programs available on the S&T campus.  On a whim, Ms. Ramsay enrolled in Sustainable Business, taught by Professor Bachman.  At the time, Professor Bachman was in the beginning stages of developing the Innovation and Entrepreneurship cirriculum, which is now offered to students at S&T as a minor.
During these classes, Ms. Ramsay began researching hydroponic systems, and eventually created the Hydroponic/Horticulture SubTeam on the Missouri University of Science and Technology Solar House Design Team.  The team developed two hydroponic systems for the Nest Home, and competed in the 2015 Solar Decathlon located in Irvine, California.  The hydroponic systems were photographed during the decathlon, and have been featured in Popular Science magazine as well as on National Geographic's website.
Currently; Ms. Ramsay continues to assist Dr. Ramsay on consulting jobs, volunteers for the Miner Alumni Association, and wants to help other students succeed in their collegiate careers.
You can contact Katherine by email at: kyrz95@mst.edu