John Schoeberle is a Senior in Mechanical Engineering at Missouri University of Science and Technology. During his time at Missouri S&T he has been 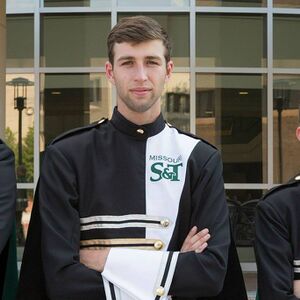 primarily involved in the marching band and the Solar Car Team, becoming the Head Drum Major and President respectively. As president of the Solar Car Team John Led the team to their first competition appearance in three years by recognizing where the team was failing and implemented new methods to recharge the team. John was originally drawn to the team by the opportunity to work with carbon fiber composites and now is the team’s composite lead. He believes that most critical part of leading a team is being aware of every team member’s needs and working to make sure those needs are addressed.

John Enjoys playing trumpet in the S&T Orchestra and on weekends hiking or playing golf. He can be contacted by email at jdspqd@mst.edu