Ash Nanda is a third year electrical engineering major at the University of Alabama at Birmingham. Since he believes in interdisciplinary thinking, Ash holds eclectic academic interests, including minors in Mathematics, Computer Science, and Economics. At university, Ash spends much of his time 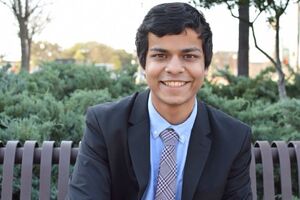