Robert Barsamian is currently a junior at Union College in Schenectady, New York pursuing an Entrepreneurship Major. During his time at Union, he has 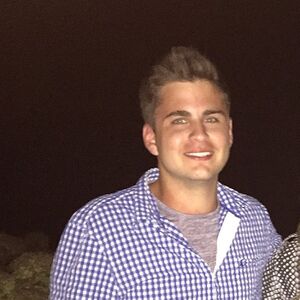 become a leader of innovation on campus. This year, Rob was elected VP of the Union College Entrepreneurship Organization (UCEO). This club strives to create an environment that fosters creativity and entrepreneurship on campus. During his sophomore year, he initiated an Entrepreneurship Major at Union College through the Organizing Theme Program. Shortly thereafter, Rob co-founded WhereYouAPP, an application that swept the business vision competition in an Entrepreneurship Seminar and attracted the attention of Union College alumni. During Rob’s freshman year, he helped design a campus lighting plan to save energy by minimizing spotlight usage and increasing sidewalk lighting, saving Union College an estimated $20,000 a year. During the Summer of 2015, Rob worked as a Marketing and Social Media Intern at FirmPlay, a startup in Cambridge, MA. Within a few weeks, Rob had increased the Twitter follower base by 200% and created an Instagram account that drove many new customers. Rob also enjoys giving back to the community as a Love Your Melon Campus Crew member, which supports children with cancer. When Rob is not at Union College, he lives with his family outside Boston in Newton, MA. Beware, Rob is a die hard Boston sports fan! In his free time, he enjoys playing and watching sports, working out, skiing, boating, traveling and cooking. Rob is striving towards a career in business and following his entrepreneurial dreams.