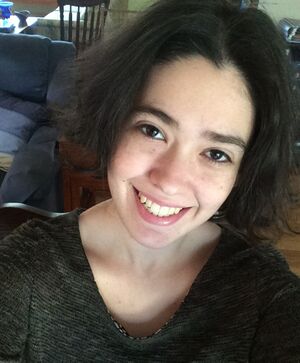 My name is Arielle (pronounced like the three letters R-E-L). I'm originally from Culver City, CA (basically the Los Angeles area) but now go to school as an undergrad at Union College in upstate New York. I'm majoring in Marketing Engineering Products and minoring in Electrical Engineering. The fun thing is that I actually created my own major through our Organizing Theme program, so my major is actually a combination of: economics, psychology, anthropology, digital arts, and engineering.

In high school I was part of FIRST Robotics and while I loved working with engineers I didn't want to really be one and from that I decided to pursue a career marketing STEM (science, technology, engineering, and math) based products (although I haven't figured out if I want to go into the for profit or non profit world just yet).

I'm super active around campus having gotten involved with numerous things. These include the Baja SAE team of which I'm Vice President (we build and compete with an all terraine vehicle), the Mountebanks of which I'm also Vice President (this is our campus' theatre club, I'm a massive theatre nerd), and Alpha Phi Omega of which I'm our treasurer (this is the co-ed community service based fraternity).