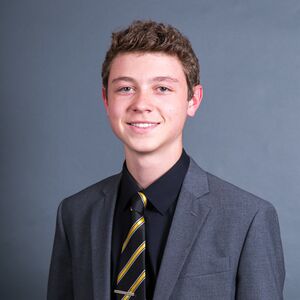 Spencer Lueckenotto is a current first-year freshman at Wichita State University pursuing a bachelor's degree in aerospace engineering. He joined the UIF program in the Spring of 2018. He grew up in Raymore, MO (Kansas City area) and attended the Ray-Pec School District. During this time, he was heavily involved with golf and soccer, while also partaking in many clubs and organizations that his school offered. At age 16, he was employed as a busser at a local restaurant known as Jack Stack BBQ (Best BBQ in the country also 🙂). He stayed there for the remainder of his high school career, and only resigned when he had to leave for college.

At Wichita State, he is a current member of the American Institute of Aeronautics and Astronautics, Engineering Council, and the Fairmount Flying Club. Due to his interests in aerospace-related matters, he is also pursuing a Private Pilot's License. His hobbies include watching all of the home basketball games at WSU, finding shows on Netflix to watch, and racing homemade drones.