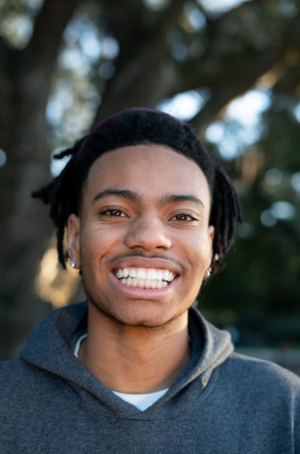 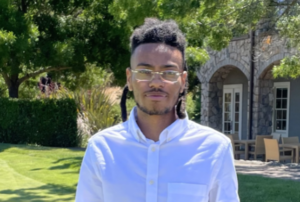 George is a 21 year-old Oakland native, computer programmer, CEO, motivational speaker, and mentor. George has participated in various tech events beginning in the East Bay area and now across the world. At the age of 13, George began his love for coding at a Qeyno Labs Hackathon, an Oakland California based tech company.

By the age of 16 George had found his passion, combining social justice and technology.

George then decided to start a tech company at 16 years old, in hopes to help other kids of color gain entry into the world of technology as innovators not just consumers.

George's most projects/events include Up to Code Vol. 1, a computer science curriculum sponsored by Capital One Dev Exchange, Head of Technology and Experience at TedxMenlo College “This is America”, speaking at TedxYouth at the Seattle Academy of Arts and Sciences, and traveling to Johannesburg, South Africa to teach computer science and design thinking at 5 LEAP Science and Math schools.

In 2020 during the coronavirus pandemic George took a gap year to expand the company. Since then GHTech has grown their team of engineers and designers and has partnered with The Gates Foundation and a non-profit organization in Oakland [Kingmakers of Oakland] to develop a mobile app to empower students of color across seven school districts in the United States.