Serving as UIF Since:Fall 2015
School:University of Alabama at Birmingham (UAB)
What he does now: CEO of Satterfield Technologies
What that means: As CEO I’m raising a seed round for my startup. 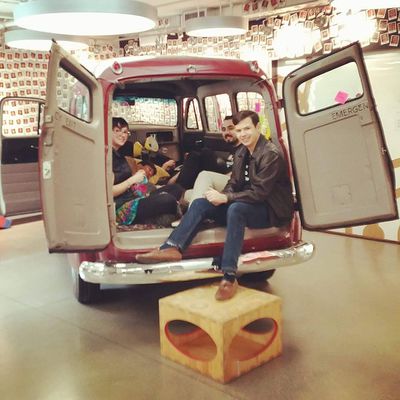 Forrest is a former University Innovation Fellow who graduated from the University of Alabama at Birmingham. He is working to create low cost medical devices and believes that success requires an equal balance between entrepreneurship and engineering. Forrest holds a Bachelor of Science in Biomedical Engineering with a minor in Entrepreneurship.

During the Fall semester of his Freshmen year at UAB he became one of the first students accepted from UAB to the Clinton Global Initiative University (CGIU) for his commitment to action to create a Universal System of Actuators for Orthotics and Prosthesis (USAOP).

During his Sophomore year Forrest started Satterfield Technologies which became the first student start-up at the Innovation Lab, created by UAB, at the Innovation Depot. His company was also given an office in BizTech located in Huntsville, Al.

He joined the University Innovation Fellows his Junior year and assembled a team of students to found the UAB MakerSpace.

During the 5th Annual University Innovation Fellows Silicon Valley Meetup he had the opportunity to share his story at Google with 350 University Innovation Fellows and faculty. The attendees participated in experiential workshops and exercises focused on topics including movementbuilding, innovation spaces, design of learning experiences, and new models for change in higher education.