From University Innovation Fellows
Jump to navigation Jump to search
Febin Koshy Philip is a University Innovation Fellow Candidate and an undergraduate student pursuing his third year of Bachelor of Technology degree in the stream of Computer Science Engineering at K L UNIVERSITY, India. He hails from Pathanamthitta, Kerala ,India.
He believes there is more to learn than what books teach us .Being a Cyber Security Peer-Mentor which was an initiative of the UIF FALL-2018 ,helped him strengthen his skill set in many Security related domains which he plans to pursue as a career .Apart from Peer mentoring he was also a Student Coordinator who assisted the freshmen in building up their coding skills.
He has worked closely with TEDxKLU as a Event Management Organizer.

Being a Gamer ,Febin likes to spend his free time playing FPS games and developing his skill sets both in the offline and online world .In future ,He has plans to become a Twitch streamer in his free time .

Being the President for KL eSports ,The University eSports Club that brings along all the people with similar interest in the campus.He has brought together a fair share of people who are as much as interested into Gaming as he is.He has been leading the Training of all those talented people out there to push them into their boundaries and develop new one's.

He is also a PC enthusiast and loves to tweaking laptops & PC's in his free time.

He is widely known around campus for being tech-savvy ,Thanks to his enthusiastic craze for latest developments in technology . 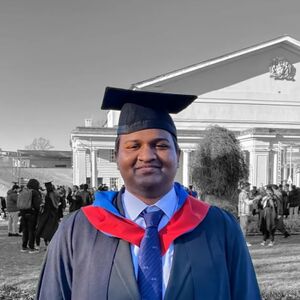