Ivan Alexander Herrero Loza, or Alex, is a visionary. Currently, he is a third year student at the University of Puerto Rico: Mayaguez Campus, majoring in 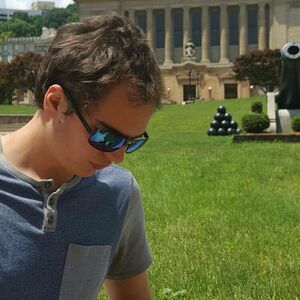 mechanical engineering and minoring in visual arts. With the help of Idea Platform as well as some local entrepreneaurs and students, some of which had been UIF Fellows beforehand, he was able to create a software development community for virtual reality and other immersive technologies, the first of its kind in Puerto Rico.

Alex has always enjoyed innovating and making. His Eagle Project was to create a place to put big recycling containers in his school, but the school did not yet have a recycling program, so he made it. When he went went to college he want with the same mindset, and created Visionary.

He is a LSAMP researcher, doing research in the fields of virtual reality and its human centered implications in both UPR:Mayaguez and the University of Maryland, College Park. He also works closely with UPR:Mayaguez's Makerspace: Starting Point, and is a Vice President for the university's innovation student organization: Idea Platform. All this work has put him in contact with entrepreneurs and innovators from all around Puerto Rico, and now, by becoming a University Innovation Fellow, this network will transcend the world!