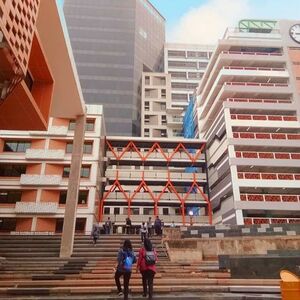 UG-IBC [1] or Universitas Gunadarma Incubator Business Center is an institution, which facilitate students in training for entrepreneurship and assist in the formation of the company.

Gunadarma Google Developer Student Club [3] is a community for student developers with a ton of dreams willing to make positive changes to the local community, especially university ecosystem using Google Technology. This is a worldwide network of international Google DSC

UG Journal [4] is a collection of research journals from all faculties written by Universitas Gunadarma Lecturers. UG Journal is published once a month and every month contains journals from various faculties.

In the face of world developments marked by increasingly fierce competition in almost all fields, the role of lecturers in the process of changing the quality of human resources is increasingly strategic. Referring to the above conditions and the policies taken by the government, Universitas Gunadarma feels the need to implement a systematic, integrated, and sustainable quality assurance system through the Quality Assurance Agency of Universitas Gunadarma [5].

High Performance Computing Universitas Gunadarma [6] is a forum for the development of the Nvidia DGX-1 supercomputer and the DGX A100 is a machine with high capabilities in processing large amounts of data, supporting the development of Big Data, Data Analytic, and Artificial Intelligence.

Universitas Gunadarma Career Center [7] was formed with one of the goals to be able to bridge between universities and companies as a form of higher education responsibility towards its graduates. This Career Center aims to be a mediator between job seekers and companies/agencies/industry that are in need of workers.

The Investment Gallery [8] was established as an information center and learning tool regarding the capital market which is a collaboration between Gunadarma University, PT. Indonesia Stock Exchange (IDX), and PT. Valbury Asia Securities (VAS).

As the largest ICT-based private university in Indonesia, Universitas Gunadarma has an important role in assisting cities and districts in realizing smart cities through partnership and mentoring programs. Therefore, to help encourage cities and regencies in Indonesia to apply the concept of smart cities to solve the problems they face, as well as to stimulate and improve research, teaching and innovation in the field of smart cities for lecturers and students, a study center named Universitas Gunadarma Center for Smart and Sustainable City (UG-CSSC) [9].