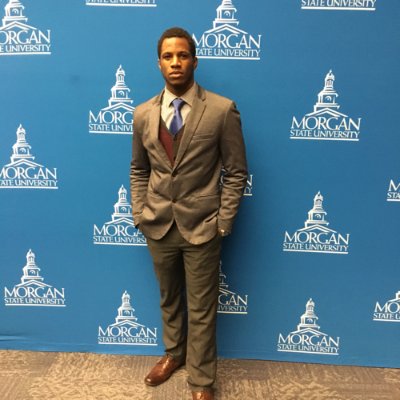 Maliik Nelson is a sophomore undergraduate business student at Morgan State University. As a former track and field athlete and current member of the Entrepreneur Society, Maliik has developed a strong and determined personality to achieve his own aspirations as an entrepreneur with hopes of creating multiple startups and patented inventions. Maliik has participated in competitions ranging from the 2015 Urban Financial Services Oratorical Competition, 2015 Mark 1 Competition, as well as the 2016 Next Generation Mobility Challenge sponsored by Toyota and Net Impact. Maliik currently interns at WEAA 88.9 the voice of the community, a nonprofit radio station located on Morgan States campus where he gains insight under the Membership Director. He is also interested in pursing careers within the marketing and branding aspect of a business operation. Although business has played a vital role in his background much like his father, Maliik also has interest in sports, music (specifically the saxophone), Television Production, Radio Broadcasting, even the game of chess. One of the quotes that Maliik lives by is " Be the change that you wish to see in the world" - Mahatma Gandhi