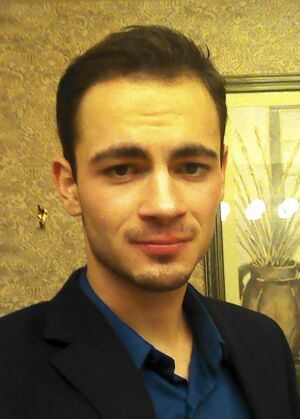 Hunter Casbeer is currently a junior majoring in electrical engineer at Kettering University in Flint, Michigan.  Originally from Fredericksburg, Texas, a small German town with 10,000 people in the central Texas area, problem solving and entrepreneurship has an been interest throughout his life.  A peak moment in his childhood came when he enrolled in the Fredericksburg High School rocket program.  The program is ranked one of the most well-regarded rocket programs in the nation from being the first high school to break the speed of sound with a rocket in 1998 to developing rockets capable of reaching space since 2008.  This launched Hunter’s ambitions after he lead the propulsion team in designing an engine that allowed his team to break the sound barrier with the Essence rocket in 2011, and developing the engine case for the Redbird 12’ rocket and fuel grain that gave the rocket capabilities of reaching space during his senior year.  Right as the Essence rocket he helped build was about to launch, a Kettering Alum’ came to Hunter and handed him a brochure of Kettering.  The Essence launched right after and broke Mach 1.01, and that launched Hunter to where he is today.

At Kettering, Hunter helps lead several organizations as being President of the Kettering Entrepreneur Society and serving on the E-board with Kettering Student Government and Kettering realSERVICE community service club.  His passion with I&E and the Kettering Entrepreneur Society have led him to the University Innovation Fellows Program.  From the experiences that he has had up to this point, Hunter is working on several projects that may have a lasting impact with Kettering by the time he graduates...