Stephen is a MasterCard Foundation scholar at Arizona State University, pursuing a bachelor’s degree in Mechanical Engineering Systems. He is 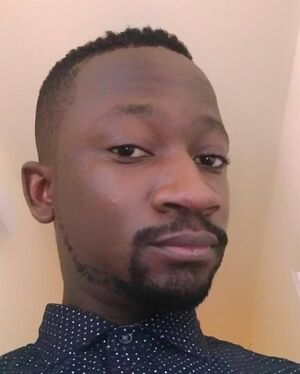 a member of the GlobalResolve club - a group of students committed to carrying out humanitarian services in developing countries. During the spring break of 2016, he travelled with the club to Peru to install solar panels for the Azul Wasi Orphanage home in Cusco. In late 2013 to early 2014, Stephen was selected as the campus ambassador for the maiden edition of the Agricultural Innovation Prize, the largest sponsored contest on Agriculture worldwide. This competition was powered by 40 Chances, a Howard G. Buffett initiative to feed our hungry world and hosted by the University of Wisconsin, to seek innovative ideas in addressing hunger challenges from college students. Being motivated by the goal of the Agriculture Innovation Prize, Stephen applied to attend the 2014 Clinton Global Initiative University and subsequently received startup funding from the Resolutions Project to embark on his entrepreneurship idea of sustainably producing healthy organic palm oil for low income communities in Ghana. He received the Dean’s Award for the 2014 academic year and the College of Technology and Innovation’s Examplar Award as well as the Cooley Leadership Maroon Badge for his laudable aptitude. Stephen aspires to be an engineer as well as a social entrepreneur – changing lives and promoting sustainable growth.