Sofia Arthurs-Schoppe is a U 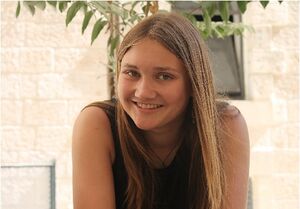 Innovation Fellow and an undergraduate student studying a double major of Chemistry and Philosophy in the honors program at William Jewell College. There she is involved in a number of organizations and groups, including: QUILTBAG a group working to ensure the fair and accurate representation of all students, particularly those within the LGBTQ+ community, and; INSA the on-campus international student organization which works to promote diversity and intercultural understanding within the Kansas City area.

Previously, Sofia was born and raised in a small town near Auckland, New Zealand, where she attended the local high school and studied an array of science based subjects intent on a career in medicine. However, after graduating early, and being offered a scholarship to study in an international boarding school in Israel -a unique school founded on the ideal of using education as a force for peace, and sustainability in the Middle East- she chose not to pursue that field.

Rather, Sofia decided to accept the scholarship and, in 2014, she moved to Israel. Since then she has been traveling and living around the globe undertaking a variety of projects, including: volunteering as a medic in Thailand, working as a sports journalist in Macedonia, and working with Israeli NGOs to ensure the education of impoverished citizens of the West Bank.

Sofia aspires towards an eventual career in Journalism. Using this she aims to report on international affairs and domestic conflicts in order to communicate to masses the issues which affect and, sometimes, distort this reality in which we live.