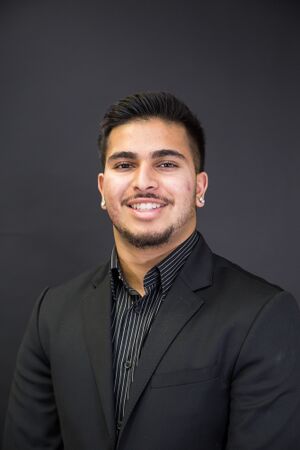 Information Systems. He is passionate about people, solving conflicts and problems, and technology. With an international background, Sachal was born in Islamabad, Pakistan but spent most of his childhood in the United States and Austrailia.

This has helped Sachal work with diverse audiences and develop and interest of interacting with various groups of people.

Although living throughout the Bay Area, most of Sachal's lived memories were in Milpitas, California where he spent his youth in sports like football and soccer, and organizations like YoungLife and DECA. As a sophomore in high school he interned for a non-profit, The Bay Area Tutoring Association, where he helped assist with code writing programs for kids all throughout the south bay. After a couple years he was then offered a position at a full-service business hotel, The San Jose Marriott where he currently works as a Front Desk Host and an At Your Service Agent.

While attending Menlo College Sachal has found ways to impact the campus in various settings. He began a club with 3 friends living in the same dorm, which has since grown to 50+ members. The club called BLOC (Black Leaders On Campus) serves to help underrepresented students gain access to higher education, so far they have reached over 1,000 students in Los Angeles and the Bay Area. Sachal also works for the college as a Peer Mentor in helping first year students with their transition into college. While working on these activities he was introduced to the University Innovation Fellows, where he hopes to add technology to a business focused curriculum. Sachal wants to create an everlasting impact on the world through each person he encounters with.