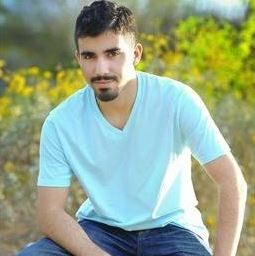 Ryan Borneman is in his sophomore year studying robotics engineering at Arizona State University - Polytechnic campus. He is an Eagle Scout, having done for his service project, a food drive where he was able to collect 500 lbs of food for families in need in two weeks. He also built a functioning algae bioreactor for his high school, Bioscience HS, to be able to produce algae-based biofuels for the diesel-hybrid vehicle being built there and for producing feed for the chickens in the coop they have there.

Currently, Ryan is also a member of the EPICS program on the campus, which aims to provide human-centered design projects to serve their community. My current project is the construction of a replica village utilizing resources indigenous or at least similar in structure to resources found in developing countries. His team is constructing homes made in the style of the adobe huts of Africa, thatch homes found in island nations, favela structures found in Brazil, corrugated tin lean-tos, and importing a shelter structure from Ikea. The village is to serve as a laboratory for Dr. Nathan Johnson to develop and test his microgrid solar systems which he plans to make available to those in developing countries. After, the laboratory will serve to allow other researchers and community service organizations to more appropriately assess implementations' viability and effectiveness by having structures similar in style to their focus countries to work with.

He is also president of an organization he founded last year with two other members called Autistics on Campus. While Ryan is not autistic, he saw that the focus for the group to serve as a social hub and support network for those on the ASU campus was a noble goal. Originally, he wanted to start the organization to develop his communication skills better, but found this to be applicable and benefitting of others. The group has been interviewed by various state presses and journalists in the downtown Phoenix area for being one of the first of its kind in the state of Arizona to be created. Seeking to continue helping others, Ryan also saw an opportunity when a group called the Fulton Innovation Corps was announcing a meeting they were having. Curious to learn more, he went to the meeting and found it to be seeking to develop engineering-based and innovative projects to serve community members all across Arizona. The organization was just starting and wanted to form leadership circles, so Ryan volunteered to join them.