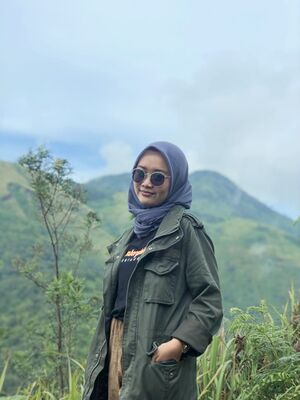 Rintan Widhi Hapsari, usually called Rintan, was born in Karanganyar, February 3, 2000. She is currently studying at the Sepuluh Nopember Institute of Technology, Surabaya. She started his career at ITS in 2018 as a new student. In 2019 he became the general election committee for the President of the Student Executive Board. Rintan plays an active role in student organizations such as the Faculty's Student Executive Board as secretary of the social department. In addition, she is also an advisor in the social field of the ITS Geophysical Engineering Student Association. Some of these social activities led Rintan to join international communities such as Unity In Diversity to build a better world. In addition to his role in the organization, Rintan is also often a Moderator and Master of Ceremony at various campus events

In 2019, Rintan became a delegation from Timor Leste at the Asia World Model United Nation conference organized by the International Global Network. In 2020 Rintan received a scholarship from Bakti BCA 2020 for two semesters. In the same year, Rintan also joined the Bamboo School Project in collaboration with the University of Stuttgart to build a school for students affected by the 2018 Lombok disaster.