Rashid is a undergradute student majoring in Biochemistry at Worcester Polytechnic Institute. He aspires to attain a career in research or porfessorship 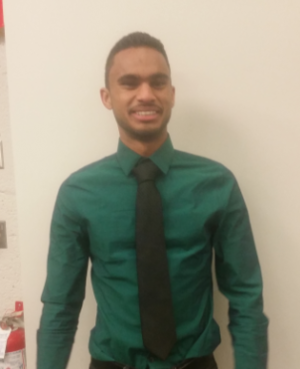 in biochemistry His greatest passion is teaching and is relefected in his part time job as a teachers assitant as well as on the basketball court as a team player and motivator which has earned him the knickname "The Professor".

He is actively involved on camous as a member of the Brazilian Students Executive Board and he had previously served on the executive board for the schools chapter of the National Society of Black Engineers. In his free time rashid enjoys a good game of competitive basketball and playing musical instruments such as the piano and guitar.