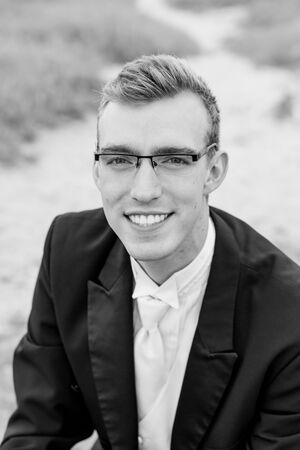 ideas come from God and that if He wants something implemented on earth it will happen one way or another. Luke believes in making this world a better place through bringing those ideas into reality.

Luke Atticus Kennard grew up in a home where both parents taught him the importance of creativity through art, good music, nature, and innovating. His mom would often take him on hikes and teach him about nature, birds and plants, while his dad would help him with science experiments or creative projects some of which included a lemon battery and a hover craft. Luke is a real critical thinker who loves to solve complex problems. His drive is coming up with simple solutions to real needs people have.

Luke Atticus Kennard married the love of his life, Janessa Furness, on May 25th 2016 and since that day life has never been dull. She has inspired him to reach his goals just as much as he has supported her in her endeavors. During the summer of 2017 they went to Boane, Mozambique on an internship to support the lovely African people there. While there, they formed a foundation of service and faith for their future family. Since then Luke achieved his life long dream of becoming a pilot and used his pilot's certificate to get a dream job flying drones in the unmanned aircraft industry. Luke works for Loveland Innovations testing out their autonomous flying software. On a daily basis you can find him flying a drone anywhere throughout Utah Valley.

Luke has loved his formal education and he continues to study hard at Utah Valley University as a Technology Management Major and is on track to graduate Spring 2019. University Innovation Fellows has given Luke the opportunity to share his innovative passions with his fellow students and faculty champions. Some of the projects he has or is activly working on include: UVU 2018 Landscape Canvas, The Innovation Incubator, Touring UVU (a VR tour of UVU), UVUIF club CIT (Cheif Innovation Officer).

Luke and Janessa now have a son, Atticus John Kennard, born in April 2018. Both Luke and Janessa are implementing design thinking in their home. They have set up a maker space in their laundry room for rapid protoyping. Atticus has already attended his first Regional Meetup hosted by UVU where he meet Katie, Humera, and others. He is a future Innovation fellow, and proudly wears his future UIF onzie whenever he can, thanks to Laurie! 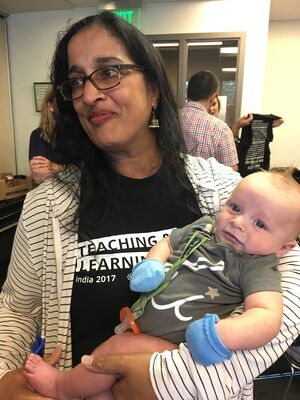 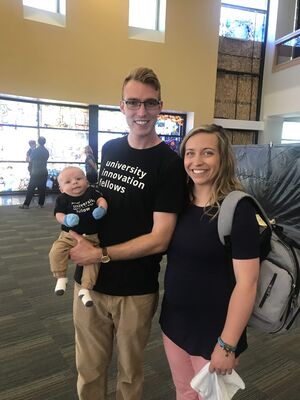