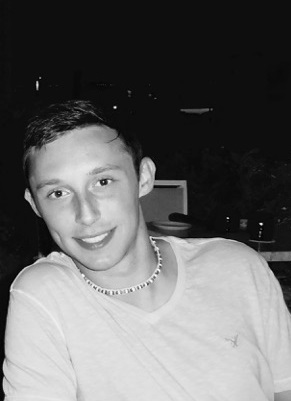 Kyle Steigerwalt is a University Innovation Fellow and an undergraduate Mechanical Engineering student with a minor in Business Administration at Clemson University. He spent the first fifteen years of his life in New Jersey, but his father's job relocated him to Charlotte, North Carolina to complete his high school career. His love of science and mathematics in high school, coupled with the recent move south, led to him submitting college applications to the best engineering schools within a few hour radius of his new hometown. Once he received the acceptance letter from Clemson, Kyle knew that he would commit to being a Tiger for life and study the same type of engineering that his summer boss, and role model, had studied in college.

During his freshman year at Clemson, Kyle made friends with other entrepreneurial minds within the engineering living and learning community, which eventually led to him joining the Design and Entrepreneurship Network. The DEN as it is referred to by most Clemson students, was the first UIF project at Clemson University, which serves as a major source of knowledge about innovation and entrepreneurship to continue to promote new projects on campus. After visiting the DEN for the remainder of the first semester, Kyle decided he wanted more public speaking experience and chose to take on a larger role in the group and join Collin Braeuning, another Clemson UIF, in leading the DEN meetings.

His next semester of schooling started off with last year's UIF group advertising the program to the DEN, and Kyle decided that applying to become a UIF could help him bring even more positive to the Clemson community. Along with Dallas Erwin, Shreya Shankar, and Kimberly Green, Kyle hopes to utilize the UIF training to help other students at Clemson get a taste of the business world while persuing their studies full-time, and inspire other students to join the University Innovation Fellows network in the future.