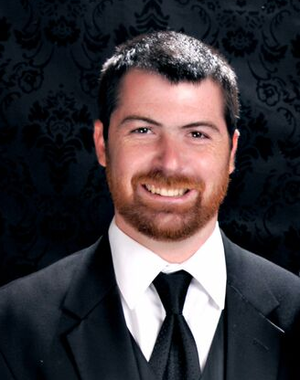 Jeffrey McDaniel is a University Innovation Fellow and a lifer at UC Riverside. He graduated with a B.S. in Mathematics and a B.S. in Computer science from UC Riverside in 2011, an M.S. in Computer Science in 2014 and a Ph.D. in Computer Science in 2016. His research focused on applying the skills learned from computer science into biotech areas, specifically lab automation. He has published several journal articles and conference papers in the field and has collaborated with some of the top researchers in his focus area. Outside of his research pursuits, Jeffrey is incredibly passionate about increasing the availability of computer science education and programming in K-12 schools. Serving on an advisory committee within UC Riverside's extension center, he has developed a curriculum for a supplemental computer science credential for K-12 teachers. He taught the first offering of the course in Fall 2016.