Serving as a UIF Since: 2017
School: Georgia Tech
What he Does Now: Immuno-Oncology Research Associate (Hopefully!)
What that Means: Trying to cure cancer by engineering the body's innate immune system to recognize and attack cancer cells

Jason Weis is a recent graduate of Georgia Tech where he studied Biomedical Engineering. Jason is originally from Pittsburgh, PA, where he lived until 2014 when he moved to Atlanta to begin school at GT.  After discovering his passion for biology, chemistry, and math in high school, Jason decided to become a 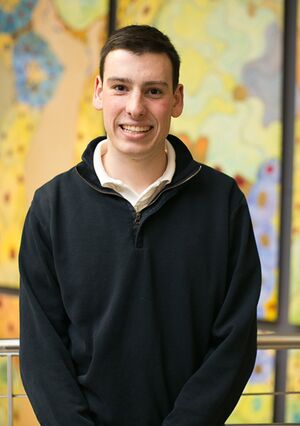 Biomedical Engineer at Tech while also completing pre-med coursework. There, he was exposed to the University Innovation Fellows.

At Georgia Tech, Jason was been involved with many mentorship programs, including being a co-founder of the campus wide KNIT Mentorship and a leader of the BME Mentorship Program. In addition, he has worked for Tech both as an Undergraduate Researcher (Petit and PURA Scholar) and as an orientation leader. Jason was also a member of the GT Swim Club, and has been swimming since middle school.

While working with the BME Mentorship Program, Jason joined the Biomedical Engineering Learning Commons at GT. This group is one that works to improve the undergraduate experience of BMEs at Tech. In 2016, following one of the BME Department's fast and furious chaurettes, Jason and other GT students learned about the University Innovation Fellows Program, and became UIF candidates in the Spring 2017 Cohort.

Since becoming a UIF, Jason and the GT Leadership Circle have designed and implemented a class that integrates design thinking with exploring BME.  The purpose behind the course is to lay a framework of design thinking skills that students will use later in their college careers while simultaneously learning about their major. This class can easily be adapted to any major, and has been praised by students who took the class in the 2017-18 academic year.