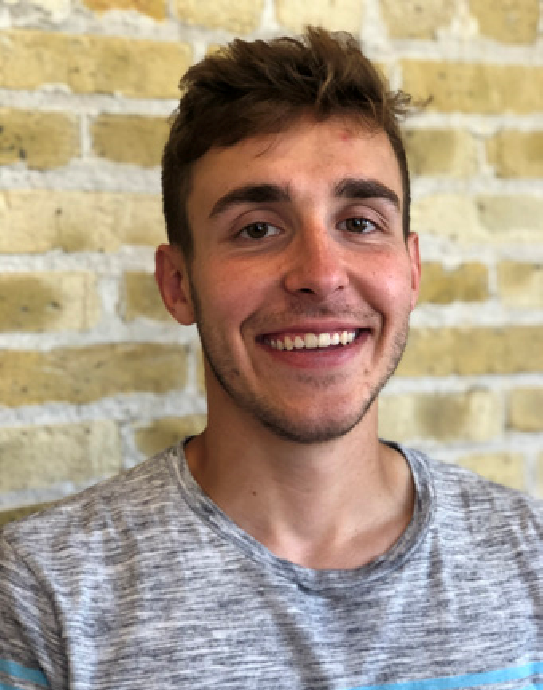 Jack Turicek is a University Innovation Fellow and is an undergraduate student working toward a Bachelor’s Degree in Mechanical Engineering, with a Math Minor, at the Milwaukee School of Engineering (MSOE). He is originally from Brookfield WI, and now currently lives in Milwaukee on campus. Outside of UIF at school Jack is a part of the honors program and also competes on the Varsity Men’s Soccer Team.

Jack Is a sophomore now and during his freshman year, he had a lot of exposure to innovation, entrepreneurship, and startup culture. He participated in an innovation skills accelerator with The Commons in the spring of 2017 and was hired on as a full time innovation consultant over the following summer. With The Commons he learned all about the design thinking process and was given the chance to practice these skills on real life projects for local companies.

In addition, Jack is also the Co-founder of a startup called Blue Mangoes. Blue Mangoes is a social Enterprise that travels to struggling foreign communities where there is an overabundance of fruit. Blue Mangoes then builds fruit dehydrators with the communities to allow them to slice and dry the fruit that gets wasted. Then Blue Mangoes buys the fruit from the community at a higher price than in local markets, which enjects a new revenue stream into the community, and then ships the fruit back to the United States to be sold as a healthy snack.

Jack has had an amazing experience with innovation in his first year and cannot wait to continue to apply it to different parts of his life.