From University Innovation Fellows
Jump to navigation Jump to search
Ethan Moengchaisong is a Business Administration student with the focus on International Management at Menlo College in Silicon Valley. He has a passion for project management, leadership, and entrepreneurship. Ethan was born and spent his early childhood in the countryside of Thailand, before moving to Hawaii to complete his secondary education; he attended Menlo College thereafter. While exploring different career paths during his early college career, Ethan was introduced to University Innovation Fellows by the previous year’s cohort from Menlo College, where he was inspired by their accomplishments and wished to become a fellow himself. His goal is to leave positive impacts on his campus and local community, and everywhere he goes. 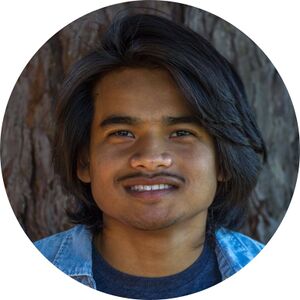 Growing up in a working-class family, Ethan strongly believes in the idea of ‘hard work equals success.’ Menlo College sets a stage for Ethan to network with fascinating people from all across Silicon Valley, which opens doors for countless of opportunities. Ethan is leading a team of some of the most committed and passionate students from Menlo College to organize the 2018 Silicon Valley Startup Weekend, which will take place on Menlo College campus in the first weekend of April 2018. He is also working as a peer-tutor. Although he is not quite a polymath, his knowledge in many subject areas--including mathematics, academic writing, business law, world’s history, front-end development, and graphic design--enables him to be part of the force that ensures the academic success for all of his peers at Menlo College. Lastly, Ethan also makes the time to work on his startups, conduct an independent academic research, and play in a team sport.