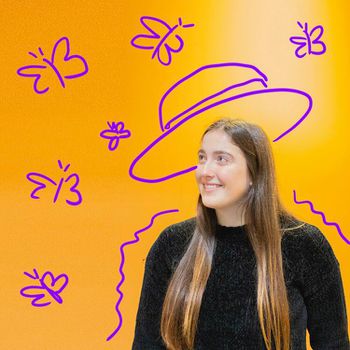 Camila Massa is a student at Catholic University of Uruguay where she is currently in her second year of a Bachelor's Degree in Business Administration.

She was born on January 18, 2000 in the capital of Uruguay, Montevideo, but shortly after that, her family moved to a little town called Punta del Este and she still remains living there.

Since she was little, Camila always felt the urge to do as much as she could to contribute to a better society, at least in her sphere of influence, because she understands that there's a lot to do regarding inequalities in society, protecting animal rights and environmental problems.

Camila considers that this last two years were really important to develop herself, due to the fact that she stopped being as nescient as she used to be, and started acting for those things in her environment that concerned her.

The first example is that with some students of her class, they founded an Entrepreneurs Club called “Club de Emprendedores Punta del Este”, and organised talks and workshops to help develop the innovation ecosystem in Maldonado, by making students think outside the box.

Another example, is that she joined Fridays for Future group in Uruguay, and became the official organizer in her town, gathering a lot of people committed to the cause to develop activities and manifestations, since there was little to no action before.

Camila is thrilled to participate in the UIF program, because it will not only give her contacts from all around the world, but will also give her the possibility to address some other problems by generating creative ideas with a wonderful team.