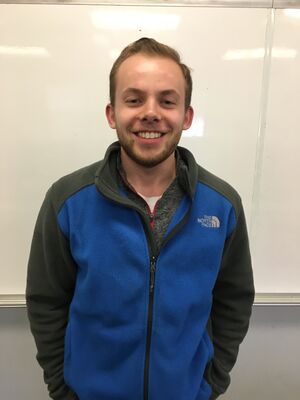 Baylor Franck is a University Innovation Fellow and undergraduate student at the University of Dayton majoring in Electrical Engineering. He is also  purusing a minor in Business Administration. Franck is from Beavercreek, OH and has lived there his entire life. While attending the Unvierstiy of Dayton, he became heavily involved in the organization, EMpwr, which lead to his interest in the University Innovation Fellows.

At the University of Dayton, Baylor is heavily involved in two organizations, serving on the board of EMpwr and Biomedical Engineering Society (BMES). Professionally, he has co-oped at GE Aviation and Emerson Climate Technologies in addition to serving as a Supervisor at the Unviersity of Dayton Rosech Library. Franck is also heavily involved in mentoring and volunteering on campus and back in the city of Beavercreek. Lastly, he is also passionate about healthy living as he exercises daily, plays multiple intramural sports, and loves to cook.