Alex, “hair and glasses,” Holden is a junior at William Jewell College, where he majors in Economics, Philosophy, Communication, and Psychology. 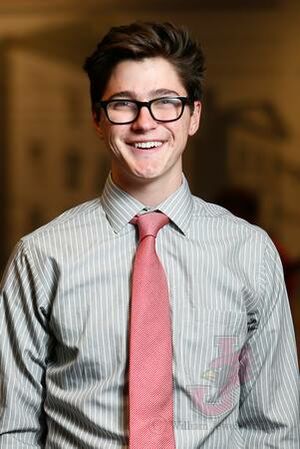 Alex led a successful entrepreneurship program for under-resourced youth in Kansas City during the summer of 2015. Growing up with two judges as parents, he was inevitably influenced to think rationally and logically. Alex intends to get an MBA and JD after undergraduate.

On his pursuit of muscular and cardiovascular perfection, he enjoys hanging out with his friends and learning from experiences. That’s not completely true, Alex doesn’t play any more than recreational sports any longer. Instead he decided to pursue collegiate debate and became a national champion his first-year.

Alex is interested in people. How they behave, what they prefer, and what makes them unique. He holds steadfast Ralph Waldo Emerson’s philosophy that “In my walks, every [person] I meet is my superior in some way, and in that I learn from [them].” For that reason, he tries to meet many people from a broad backgrounds and interests. Alex is interested in meeting you too – contact him through alexlholden.com