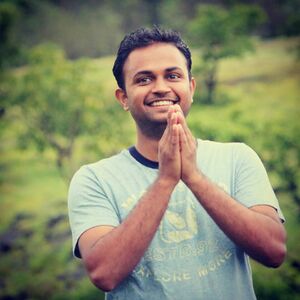 He is an International Student Exchange delegate and has represented India at Tokyo, Japan under Ministry of Human Resource Development (MHRD), Government of India, for the Students Exchange Program - JENESYS, 2011 (JAPAN EAST ASIA NETWOIRK OF EXCHANGE OF STUDENTS AND YOUTHS). He pursues  Major in Political Science from Indira Gandhi National Open University, New Delhi, India. He is a Flying Cadet of Air Wing  Squadron of National Cadet Coprs (NCC) – 8 KAR AIR SQN NCC. He is honored with ‘YUVA CHETANA AWARD 2016 – Warriors of Change’ in National Level Consistent Category by Youth For Seva (service), for his contribution and work in social sector.

He has represented the state of Karnataka and commanded the NSS Karanataka Contingent at the prestigious Republic  Day (RD) Parade on 26th January, 2016. He currently serves as University Student Coordinator of National Service Scheme (NSS) of Visvesvaraya Technological University, under Ministry of Youth Affairs and Sports, Government of India.  He serves as the District Head of STUDENTS FOR DEVELOPMENT (SFD) of Belagavi District under AKHIL BHARATIYA VIDYARTHI PARISHAD (ABVP) – the world’s largest student organization. He is the Co – Founder of students NGO – UMEED (Hope).  He is the Student Coordinator of ‘Forum For Integrated and National Security’ (FINS), Belagavi Chapter and serves as the Steering Committee Member of  ‘Youth For Seva’ (YFS), Belagavi Chapter. He has collaborated with his team to innovate  “D.H.A.R.A” – ‘Device for Health monitoring And Rejuvination of Agriculture’, which conducts real-time and portable soil-testing process and gives weather and soil updates to the farmers, in real –time on their cellphones.

Being a social crusader and public speaker, his passion lies in consistently working for the student community and the society. A true patriot at heart and strong believer in the Indian Culture and value system, he strives with a single point agenda to be An Agent of Change to ‘Make A Difference’.