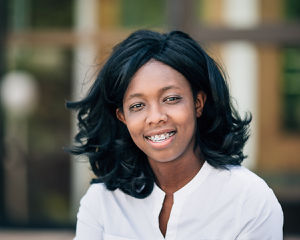 After taking an interest in space science she led several programs involved in research in space, including the NASA Microgravity Undergraduate Research program during her second year, where she worked closely with former astronaut Barbara Morgan.

Other programs included the Space Broncos who accomplished a downlink with International Space Station and later a research grant from the Miles Undergraduate Research Initiative where she studied Augmented Reality. At the end of her second year she accepted an internship at HP and began developing robotics in the Robot Development Lab. She then advanced to an internship this summer at HP Inc’s headquarters in Palo Alto, California as a Machine Learning Intern building a new generation of smart robotics.

Camille has continued to spark the conversation about diversity at her school and in the community through writing and social media as well as supporting her friends and other student groups at Boise State.