Tyler Greenwood is a University Innovation Fellow and a Sophomore at Union College. He is from Western Massachusetts, where he was raised along with two older siblings and many pets. He is very close with his family and shares many of his interests with them. When not in school or working, he is passionate about being outside and working on vehicles. He grew up involved in hiking, running, and mountain biking. Tyler also enjoys motorcycles and cars as hands-on mechanical projects and toys. This passion for mechanical work drove him to become involved in Union's Baja SAE team, of which he is Treasurer.

At Union, Tyler is a Political Science major who is hoping to find an avenue in which to formally pursue entrepeneurship academically. His personal and academic interests have allowed him a diverse array of problem-solving experiences which he continues to apply to his life. When Tyler was thirteen, his parents opened a bagel shop cafe, the presence of which influenced his childhood. He not only worked in the cafe but also assisted with business development and the hectic balancing of tasks that is small-business ownership. Upon leaving for college, Tyler began working with a local maple farm in marketing, sales, woods operations, and contributing to discussions of business planning; expanding on his experiences in agriculture and entrepreneurship that defined his childhood. 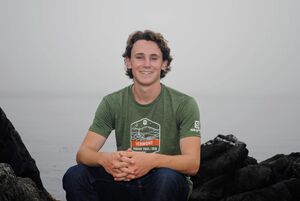