Steven Weiner is a University Innovation Fellow and PhD student in the School for the Future of Innovation in Society at Arizona State University. Steven has spent the last two years studying the intersections between Making, education, and organizational culture. His first major study, recently published in the International Journal for Engineering Education, explored the development of Maker identity in young adults who frequent community makerspaces. Before returning to graduate school, Steven assisted in the physical design, program development, and operation of CREATE, a 6,500 sq ft. 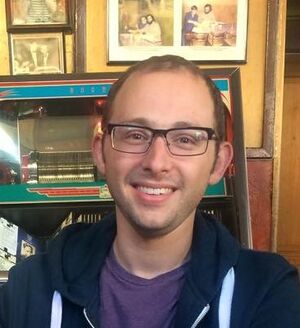 education-oriented makerspace at Arizona Science Center. During that project, he had the opportunity to work with architects, designers, artists, and engineers and help bring to life a center whose mission was to develop a culture of innovation and creativity in downtown Phoenix, Arizona. His previous job as high school Physics teacher taught him that learning happens best in cultures that develop curiosity and wonder.

As the first person in his PhD program to secure a Graduate Research Fellowship from the National Science Foundation, Steven recently earned an Human and Social Dimensions of Science and Technology Personal Achievement Award. Secretly, he believes that he should have received such an accolade in the first grade for inventing a business around "Elephant Shoes". He took empty restaurant-sized tomato sauce cans, turned them upside-down, tied string to their tops, painted "nails" on their front and tried to sell them to kids who wanted to be taller. It was his first taste of the excitement-- and failure --of entrepreneurship.