Resource:How to tackle campus pessimism and foster happiness, a key ingredient to creativity

Macy Tush is a student at William Jewell College in Kansas City. University Innovation Fellows have been working to improve her campus for four years, and Macy has been a part of the program for two years. She and the other fellows on campus worked individually and together to encourage entrepreuneurship and innovation. One fellow, Alex, wanted to focus on determining a system to quantify happiness on campus, and then finding ways to improve it. Alex and a few other fellows were close to graduating, so they decided to work as a team to create a lasting impact before they left.

Alex created a survey that asked users to rank factors that affect one's happiness, such as freedom and autonomy, and used these results to quantify an individual's happiness. While no legitamite conclusions could be drawn from just this survey, the fellows saw a pattern. Happiness increased in individuals who felt safer, felt they had more control over their decisions and who had the opportunity to meet new people. Macy also felt there was significant disunity on campus, specifically between faculty and students, and realized that this is also a cause for dissatisfaction on campus. So the fellows got to work.

Macy and her cohort had settled on a simple realization that a happier campus would lead to more creativity and better innovation. To this end, Macy decided to host events intended to increase the morale on campus, more specifically pop-up classes, makeathons, and town halls/open forums. 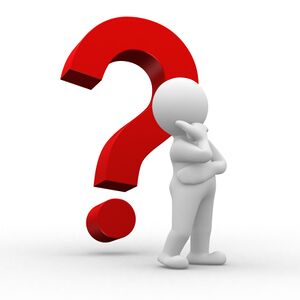 Initially, marketing for these events was executed in a traditional manor. Macy created events on facebook, printed off flyers, and added onto the events calendars through the school. Unfortunately, despite the great intentions and admirable effort, turnout was minimal. What the UIF cohort would come to realize is that events become tremendously more attractive to participants if they are marketed as mysterious and exclusive, making them stand out amongst an already crowded campus listing.

Macy and her team dug deep and decided to promote their next event through business cards. They ordered simple cards with an “X” on one side and the time and location on the other professionally printed. Nothing else. No group name. No additional information. Members of the UIF team would personally hand these out to classmates while simply adding “Don’t tell anyone”.

So now, what once was an open forum event at a local bar is now a mysterious meet-up that requires a card to get into and is supposed to be kept secret. Turnout was almost 100% and the event lasted 2 additional hours because the dialogue was so vibrant. Macy’s plan was a resounding success.

From Macy’s experience, having a campus filled with happy students cultivates creativity because more students will be willing to take advantage of on-campus resources. When students utilize those resources, they are giving themselves the opportunity to be creative and innovative with their ideas. Consider these 3 points when initiating happiness on your campus: 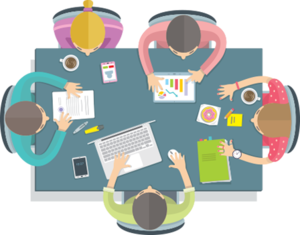 WHY IT WORKED.png
First, give students a platform to be heard. Some schools offer specific meetings or events, where students can voice their opinions. However, the hardest part with these meetings is getting a variety of people to show up. Try creating a special invitation or personally reaching out to invite a student. The more voices in attendance means more perspectives that can address the pessimism on your campus.

Second, don’t just talk about the problem, generate a solution. For example, by the end of the meeting, make a goal of having three solutions for three problems. If not, you are just going to create a space for complaints and additional negativity. Thinking of solutions on spot will also further students’ ability to be creative and innovative in solving problems they thought would never be solved.

Finally, do not be afraid to do small, silly things to grab students’ attention. Not only will you be making a lasting impression, but you’ll also create a great conversation starter that could catch on across campus!

Every work we do we find  some  flaws  and  a few counterblasts. While  promoting for the events Macy and her cohort faced some challenges and counterblasts. Some of them were inviting people for the event when they are conducting it for the first time was the most typical task they ever faced. Inviting in the sense meeting them personally and distributing cards to them to get involved in the meeting.

The  next  one  was during the distribution of T-shirts they printed for promoting the event. The funniest thing is that some people thought that the T-Shirts  are some sort of  drug reference. Especially, when she entered the male rooms.

Macy and her  cohort also conducted  makeathon  and they hardly got thirty students .From these experiences they  learned and realised  that how hard is that  to get people connected to makeathon like things and what steps they should take to make such events more effective. Which faculty is helpful, more interactive and who’s not. In  the end  they discovered  who’s  fake  , who’s true and who would risk it all for them.

TAKEAWAYS ON PESSIMISM AND CREATIVITY

Creating an environment that is focused on safety, freedom, autonomy, and interconnectedness fuels happiness within

TAKEAWAY.jpg
individuals. The feeling of being in control over your classes and course schedules, for example, are markers that can contribute to a healthier and happier environment for students.

According to Macy, the pessimism that had overcome her campus was primarily attributed to a lack of unity and organization on campus. The voices of many often times goes unheard because a platform to share thoughts and concerns does not exist for all students. Developing a form of communication that allows students from diverse backgrounds to be heard, however, can be an effective tool to further improve a campus’ well-being.

Happy students are the ones that will be creative, innovative, and entrepreneurial. These elements are incredibly fulfilling because it embraces originality and fosters a sense of uniqueness within individuals. Creating happier, and thus more creative students, therefore, provides a pathway to grow and can lead students towards achieving success both inside and outside the classroom.