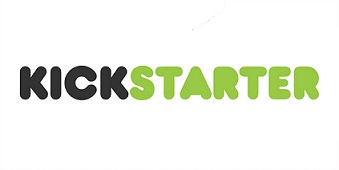 Kickstarter is a funding platform for creative projects. Everything from films, games, and music to art, design, and technology. Kickstarter is full of ambitious, innovative, and imaginative projects that are brought to life through the direct support of others.

"Our mission is to help bring creative projects to life."

Kickstarter is an independent company of 75 people based in Greenpoint, Brooklyn, New York City. They spend their time making Kickstarter a little bit better every day by answering questions from backers and creators as well as finding new projects to share. If a project is successfully funded an apa 5% fee is applied to the funds collected.

At Kickstarter, they believe that creative projects make for a better world and they are thrilled to help support new ones. Building a community of backers around an idea is an amazing way to make something new.

Distinct Differences From Other Offereings

Thousands of creative projects are funding on Kickstarter at any given moment. Each project is independently created and crafted by the person behind it. The filmmakers, musicians, artists, and designers you see on Kickstarter have complete control and responsibility over their projects. They spend weeks building their project pages, shooting their videos, and brainstorming what rewards to offer backers. When they're ready, creators launch their project and share it with their community.

Every project creator sets their project's funding goal and deadline. If people like the project, they can pledge money to make it happen. If the project succeeds in reaching its funding goal, all backers' credit cards are charged when time expires. If the project falls short, no one is charged. Funding on Kickstarter is all-or-nothing.

Why is funding all-or-nothing?

All-or-nothing funding is a core part of Kickstarter and it has a number of advantages:

It motivates. If people want to see a project come to life, they're going to spread the word.

To date, an incredible 44% of projects have reached their funding goals.

Impact Achieved For Students and Campus

The Csub Arts Humanities Matter were looking to bring a Visiting Sculptor from the Ivory Coast to work with their students to create a sculpture of MLK for our campus. They achieved rheir $3,900 goal thanks to Kickstarter. You can check the story out here.

Muckgers.com is a Rutgers University-based online publishing platform for student journalists, retooled for the 21st century. Combining a focus on context-driven, investigative stories with the use of new and exciting media, Muckgers' goal is two-pronged: to serve as a premier outlet for Rutgers-related news and analysis on the one hand, while simultaneously redefining the way we approach campus media on the other. Thanks to Kickstarter, they were able to surpass their $450 goal. You can check their story out here.

The Niteskool Music Video is an annual project at Northwestern University in which over fifty students come together to make a professional quality music video for a student band. This year the Niteskool Music Video Artist is Young Jesus, a local Chicago band that just released their debut album, "Home." The track featured in the video is entitled "Fallin' For You," and the entire album is available for whatever amount you can afford to pay here. Thanks to Kickstarter, Niteskool Productions was able to successfully fund their project. You can check their story out here.

The great thing about Kickstarter is that is is open to everyone. Projects on come from artists, designers, and creative people all over. They may be modest or ambitious, new ideas, or classic ideas with a twist. Every project is unique and is something that someone wants to exist in the world. 75% of submissions have been accepted. If you’re doing a creative project, you’re good. If you’re unsure whether your idea would make sense for Kickstarter, get in touch. They will be happy to help.

The categories with the lowest acceptance rates are Design, Food, and Technology. That's because they're also the broadest categories. Their names alone encompass pretty much everything in the known universe, so we have a few additional guidelines to define what they mean on Kickstarter.

Have questions that weren't answered here? More Frequently Asked Questions are available for both creators and backers. If you're a member of the press looking to reach Kickstarter, you can visit the Pressroom for lots of great resources or email press@kickstarter.com directly. If you'd like support for a specific issue, you can also reach out to the Kickstarter Community Support team directly here. Thanks!