Yann Wollman is a University Innovation Fellow and a Cadet Second Class (Junior) at the United States Air Force Academy. Cadet Wollman is an Operations Research major with a French minor. He is the CEO of the Association for Innovation (A4I) and the Cadet Director of the Center of Innovation (COI).

In an effort to demonstrate the disruptive, innovative spirit, Cadet Wollman self-initiated “Operation Winter Scout”, an exploratory mission to evaluate the 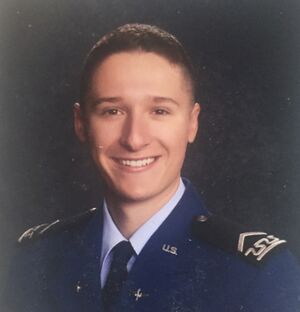 Some of Cadet Wollman’s variegated interests include: the geopolitics of technology and its impact on the future of governance (think “policy”), strategic and managerial consulting, and venture capital and its impact on incubation and development. His long-term goal is to pursue a career that will bridge the chasm between newly developed technologies and the military with a specific emphasis as a “tech translator” responsible for horizon scanning and the leveraging of disruption.