Ted Zipoy is an Industrial Engineering student at NDSU. He is originally from Kimball, MN.

Ted is involved with many clubs and activities on campus including Project P, a 3D printing club he started on the NDSU campus. 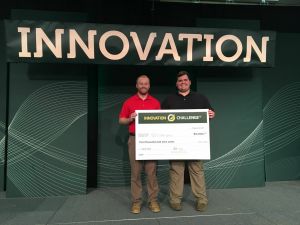 Ted is passionate about innovation. He won NDSU's 2017 Innovation Challenge for championing the creation of the NDSU makerspace. This will be his main project as a future UIF member.

Ted also has a wide variety of internship expririence. During the school year, he works for Protosthetics assisting in the production of prosthetics and orthotics. He recently finished a summer internship with Boston Scientific where he was involved with continous improvement projects in their interventional cardiology department. He will be returning there in the near future for a co-op opportunity.

Ted is passionate and driven, and excited to be a part of such a dynamic community of learners and dreamers.