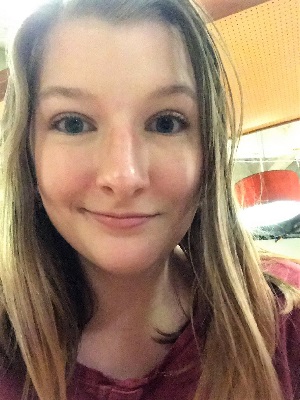 Rebecca (Becca) Abbott-McCune is a University Innovation Fellow candidate and an undergraduate student of Kettering University studying Mechanical Engineering. Her focuses include Team and Organizational Communication. Rebecca was born in Killeen, TX, but shortly moved to South Korea and had around 20 other subsequent moves before ending up in Flint, MI to attend a school that would better prepare her for her intended career. In her first three months of Kettering, she became a part of the T-Space Leadership. This group manages and organizes the makerspace located within the school. Through this, she was invited to apply to be a University Innovation Fellow. From a very young age, Becca was interested in electronics and robotic systems. Growing up, she was very involved with local robotics teams, learning how to develop and follow through with the Engineering Design Process and communicate with large amounts of people. She went on to lead entire parts of teams and become the lead driver on another. Becca believes that communication is the critical key to success with such groups and is passionate about improving her abilities to be open-minded and communicate well. This passion has led her to participate in multiple competitive interviews with these teams. On campus, she is interested in making the learning environment more productive and increasing the level of communication between students and professors as well as degree departments.