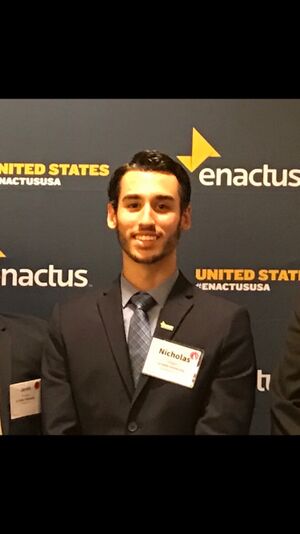 IMG 1861.jpg
Nicholas Dingler is a young man who sees himself as the MLK Jr. of this century, but not for racism;

instead, for innovation. He works passionately to extract individuals' inner creativity and motivate people to innovate. Nicholas

started in South Philadelphia, Pennsylvania in a predicament that could have been extremely improved. That discouraged him but

did not stop him. Since a young boy he was looked at as an outsider for thinking in a way that no one else had yet thought. This

rapid path of innovation stayed with Nicholas through out grade school and high school and is still with him today as a collegiate.

to do and it is his passion. Nicholas finds pleasure in collaborating with others to spark new ideas and improve community, regional,

national, and global issues. I am Nicholas Dingler.