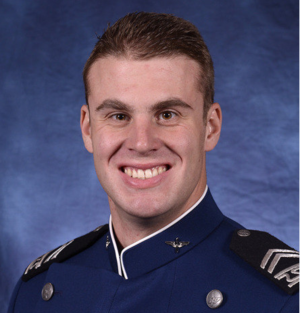 Matt Koch is a University Innovation Fellow and an undergraduate student studying Operations Research at the United States Air Force Academy. Koch is originally from Hastings, MN where he grew up playing hockey. Accepting an athletic scholarship to the Air Force Academy for hockey is the reason he chose to attend that particular school. There, he was exposed to the club Association for Innovation (A4I), which later introduced him to the University Innovation Fellows.

At the Air Force Academy, Matt is involved with many unique activities. He is the Chief Operating Officer (COO) of A4I, a captain of the nationally ranked Division I Hockey Team, and the president of the INFORMS Student Chapter to name a few. He takes his academics very seriously and strives for success in all aspects of life at a military institution. From the time he stepped on the grounds of the Air Force Academy he has found passion in attempting to progress the institution into an organization that promotes free thinking and movement.