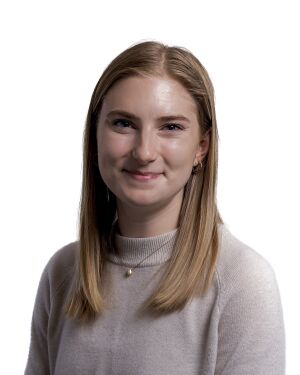 What I do now: Operations Analyst at Farmer's Fridge

Macy earned her bachelors degree in Mathematics and Physics at William Jewell College in Kansas City, MO. After undergrad and a quick stint as a backpacking guide in Colorado she landed at the University of Arkansas where she completed her Master's degree in Industrial Engineering. Now, Macy works as an Operations Analyst at a startup in Chicago, called Farmer's Fridge. Farmer's Fridge is tech/food startup with the mission of making health food as easy to find as a candy bar.

In her time at William Jewell, Macy was involved in a number of activities such as residence life, greek life (Zeta Tau Alpha), honors societies, and of course UIF! Macy's interest in undergrad led her to doing research in both physics and mathematics. She worked under Dr. Patrick Bunton studying optical imaging of flow instabilities using fluorescence and Schlieren imaging during her sophomore and junior years. During her fourth year, she was able to work under Dr. Azadeh Rafizadeh proving a generalization of the Newton-Girard formula.

Working under such supportive and thoughtful professors was a big motivator for Macy to attend graduate school. She attended the University of Arkansas, where she studied Industrial Engineering. While at the U of A, she worked closely with the McMillon Innovation studio, the student led innovation hub on campus. She led workshops on ambiguous problem solving, creating inclusive communities, and worked as a mentor for student design teams.

Serving as a UIF was one of Macy's favorite parts of her college experience. She was able to work on a number of projects with her team during her three years as an on-campus fellow. In her first year, she attended regional meetups, co-hosted a UIFresh workshop for first year students, and co-hosted a one-day design competition. During her second year, she helped host a regional meetup at her institution, worked with administration to host workshops for visiting students and their families, recruited a new cohort of fellows, served as a Fab at the 2017 annual silicon valley meetup, and created an annual student town hall summit. In her last year, she created a student celebration campaign, created and maintained an advisory panel, and recruited another cohort of fellows.

Feel free to reach out to Macy about:

Some of my favorite uifwiki pages: