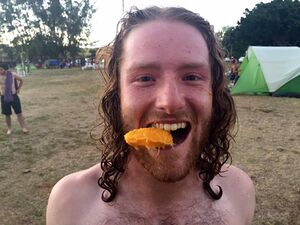 Josh Hirschman is a University Innovation Fellow from Northampton Massachusetts who is now a junior at Western State Colorado University. He spent his freshman year at UMass Amherst in 2013, took a year off, and then transfered to Western. He looks back on his year off fondly, during which he road tripped across the country, ski bummed at Copper Mountain, and worked in Denali National Park. He is now a member of the Western State Freeride Snowboard team, and considers the skatepark in town his second home. He has a passion for the outdoors, shredding gnar, living in the moment, connecting with others, and "getting sendy" in all aspects of life.