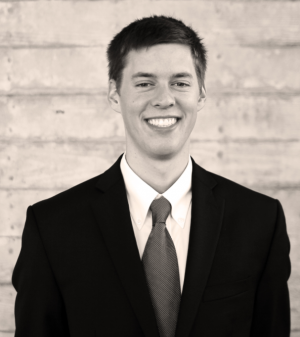 JACK GOODWIN.png
Jack Goodwin is a senior majoring in Aerospace Engineering at the University of California, San Diego. He is a Jacobs School Engineering Leadership Gordon Scholar and has previously studied abroad as an international student at the University of Cambridge in England. This past summer, Jack split time between working on the propulsion system of the next generation space shuttle, the Dream Chaser, at Sierra Nevada Corporation and doing bio-fuels research while in zero-gravity on NASA's "Vomit Comet" aircraft at the Johnson Space Center in Houston, Texas.  He has also worked as a mechanical engineering intern for a wholly owned subsidiary of The Boeing Company, focusing on their unmanned aerial vehicle launch systems.

At UC San Diego, Jack has previously worked as a Teaching Assistant for the Mechanical and Aerospace Engineering Department, leading a section of 24 students and teaching them the basics of computer aided design in engineering. Jack was previously the Co-Director of TEDxUCSD, an independently organized, student led TEDx speaking event, the first of its kind on the UCSD campus. In their inaugural year, Jack and his team were able to bring in 18 world renowned speakers and over 500 attendees to discuss the relationship between innovation and tradition across many disciplines. Jack has also worked as a consultant for campus start-ups at the Jacobs School of Engineering Moxie Center for Student Entrepreneurship. When he finds time for a break, Jack likes to relax by surfing at Blacks Beach or Scripps Pier, each a five minute walk from campus.