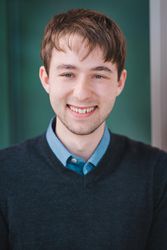 The Software Development Club grew from a group of casual collaborators to several teams that adhered to rigorous industry standards. At the end of his tenure he helped organize a merger with the local ACM chapter. Many of the students who were heavily involved in the Software Development Club have gone on to successful careers (including several who went to companies like Google, Microsoft, or strong startups).

He has taken part in and helped run 3 Day Startup at TTU, and attempted to get the computer science department to use an auto-grading system for programming assignments. He has also worked with the department to suggest a new elective course that would give students more hands-on problem solving experience (based on 80 student responses saying they wanted the course).

His software development experience includes machine learning, data science, and working with the Linux kernel. He has interned at Microsoft and National Instruments.

Feel free to reach out to him on Linkedin, ResearchGate, or via email.