Hayden Long is a Senior majoring nIST (Information Sciences and Technology). He is originally from West Virginia, but his 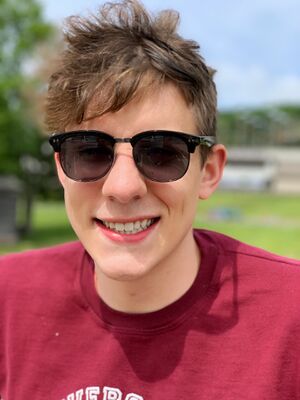 father lives in State College, PA which is where he first got his exposure to Penn State. Through his work in entrepreneurship on campus, he crossed paths with Khandker Ahamed, a UIF Fellow that completed training, and was introduced to the program.

At Penn State, Hayden initially thought he wanted to major in engineering. After a lot of self-exploration and an engineering design class, he realized that he was much more drawn to entrepreneurship and creative problem solving. Around the same time that he was making this discovery, he became heavily involved in Innoblue, the most prominent entrepreneurship club on campus. Hayden has since become President of Innoblue and is using the UIF experience to explore where the Penn State I&E ecosystem can improve and hopefully use the club to implement his strategic goals. As part of his time in UIF, Hayden discovered a need at Penn State for an large-scale kick-off event to increase the size and visibility of the "front end of the funnel" in the Penn State ecosystem. This celebration, blueStart, will work as a culmination of efforts from most major entreprenuerial organizations on campus.

In the future, Hayden hopes to explore careers in strategy consulting or entrepreneurship. He hopes to take what he has learned from the UIF training program as well as his passion for public speaking and strategic thinking to help him succeed in these fields. Specifically, he hopes to play a role in the emerging field of artificial intelligence. Hayden’s academic accomplishments include being a Schreyer Scholar and recipient of the Provost Award.